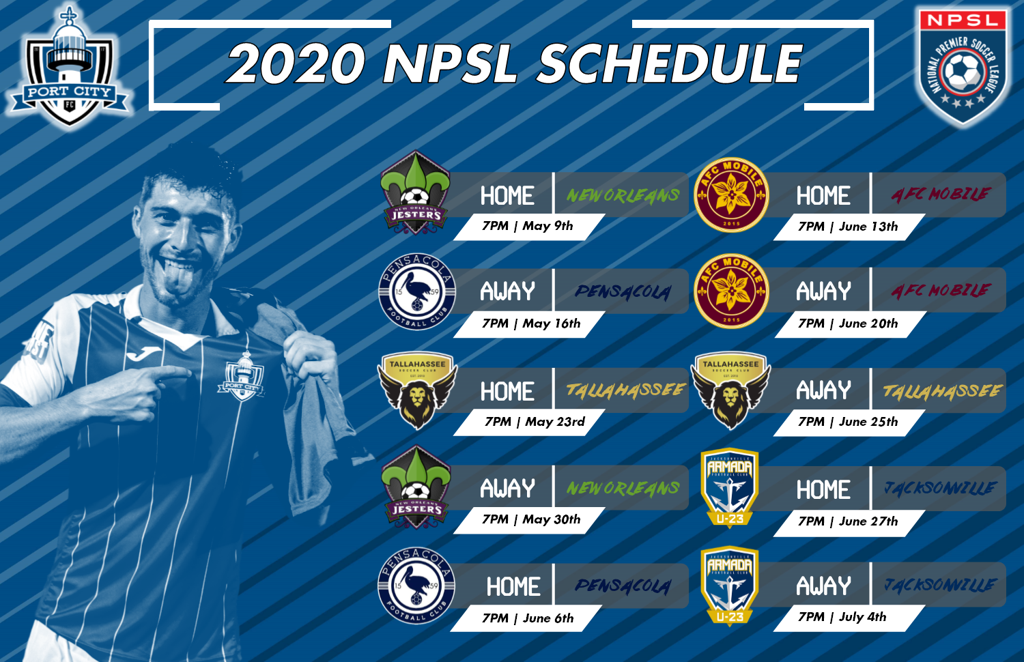 The Sounders today confirmed their inaugral NPSL schedule with some big fixtures standing out.

One of the most exciting fixtures that supporters will have noticed is that Port City will begin their 2020 campaign at home against the New Orleans Jesters.

Another notable mark on the calendar is the back-to-back fixtures between Port City and AFC Mobile, being held on June 13th and 20th, respectively.

The Sounders will end their campaign against Jacksonville Armada on Saturday, July 4th which could be an enticing fixture for the holiday weekend!

To see the full list of fixtures in the Gulf Coast Conference, head to www.npsl.com.