Port City to participate in NPSL U-19 Pilot Program 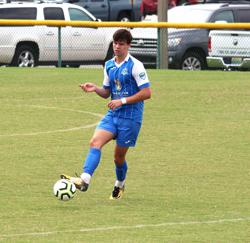 The National Premier Soccer League (NPSL) is proud to announce the launch of a pilot program this fall, consisting of U-19 players.

“The introduction of a U-19 pilot under the NPSL umbrella represents our commitment to grassroots soccer and supporting our teams’ growth potential.” NPSL Chairman Kenny Farrell said. “This new venture positions our clubs to further refine the local pathway to the top level of soccer in their area. Players from all backgrounds will have access to a highly visible platform to showcase their talent -  particularly in geographic areas where opportunities are limited.  By giving players a legitimate local option to advance, it keeps them engaged with soccer at an affordable cost for families.  The U-19 pilot will give NPSL teams the chance to develop their own academies or build relationships with existing programs.”

The U-19 pilot will be managed by the NPSL, and will be affiliated with the United States Adult Soccer Association (USASA).  The participating teams include AFC Mobile, New Orleans Jesters, Pensacola FC, and Port City FC.

“We are looking forward to the opportunity to participate in this pilot and provide our top boys in this area the ability to play against the very best players from the region every fall." Port City Club President, Steve Simkins, said.

The pilot will run from September through November.  Each team will play a total of six games, three home and three away.

The gameday roster will consist of U-17, U-18, and U-19 players along with up to three overage players.  More information, including the full match schedule, will be released in the coming weeks.