Jesters have the last laugh against City

After having the previous weekends’ games cancelled due to heavy rainfall, the Sounders finally got back out onto the pitch at the Herb on a muggy, but importantly dry, Wednesday evening.

Some good early pressure by Port City created a half-chance for Tom Toulson, who released a shot from the edge of the box, but it was well blocked and drifted out for a corner. The resulting corner was lofted in and Seth Albritton rose to meet it, but was fouled by the Jesters defender. The following penalty kick for Port City was well dispatched by Renan Diniz, who stepped up and sent the keeper the wrong way, burying his shot into the bottom left corner. 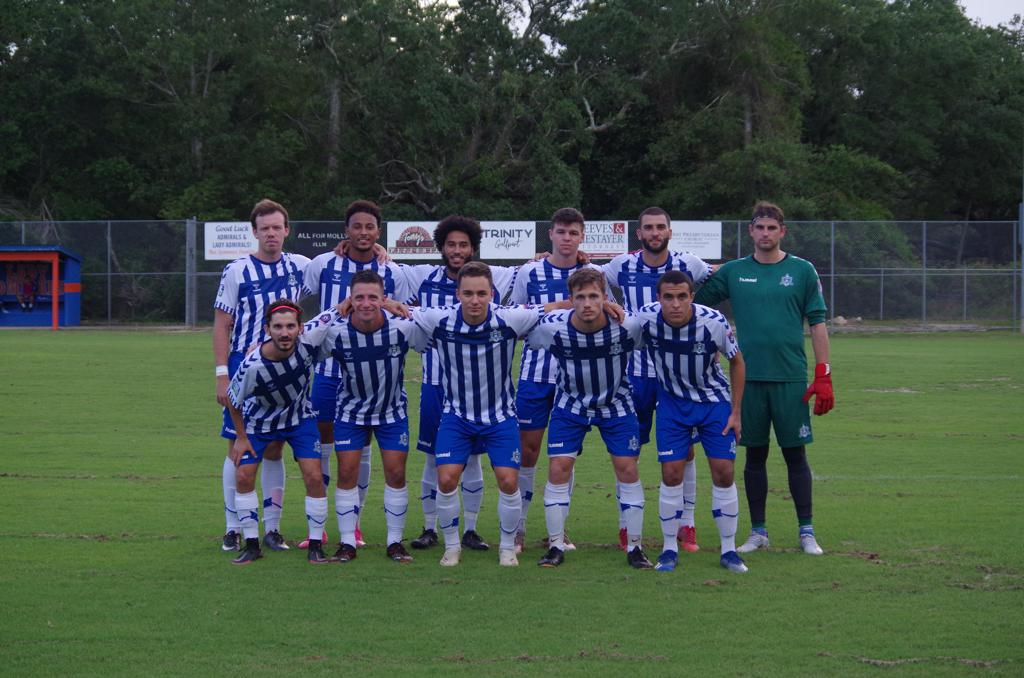 After the goal, the Jesters responded well and put pressure on the Sounders. After some last ditch defending, the cracks started to form and a penalty was awarded to the Jesters, as Gavin Taylor pulled Sheldon Green back by the jersey in the box. Jackson Hulme stepped up and levelled the score.

The next 10 minutes resulted in some competitive play between both teams, with Port City growing into it again. Port City won a corner through a deflected Tom Toulson shot. Toulson took the corner and it met the foot of Andrew Elkins at the near post who was able to steer it goalward.

As the game headed towards half-time, Jesters worked the ball well down the right-hand side, before being clipping a ball to the far post, pulling Owen Betz out from goal. The ball was then headed back into the center of the goal where Sheldon Green was waiting to head it into an empty net. 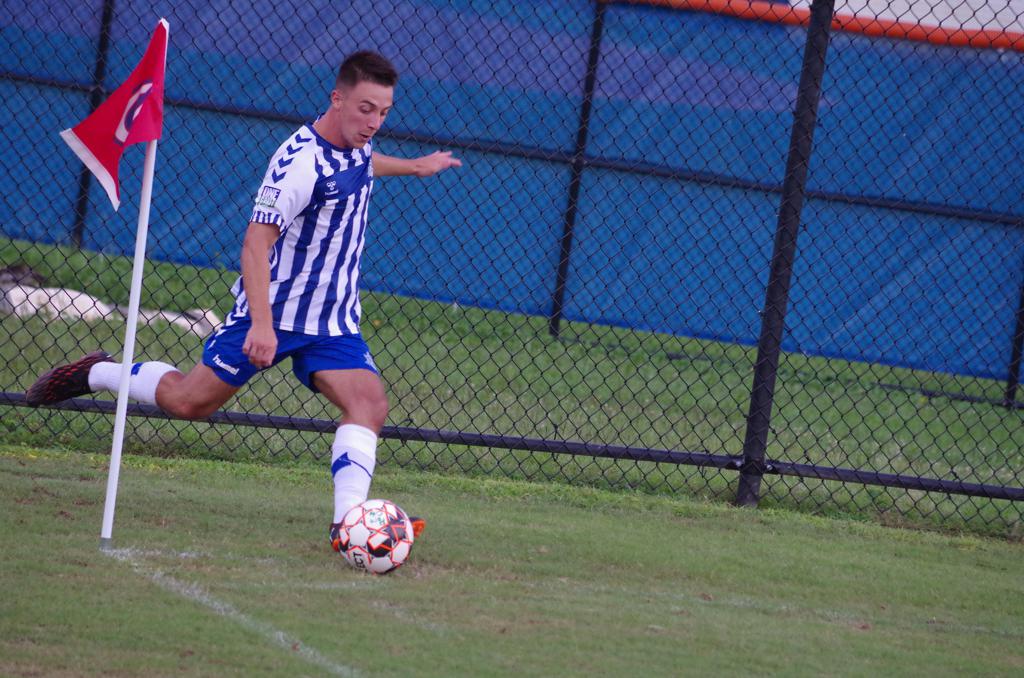 Half-time ended with both teams playing cautiously; both anxious to not go into the half down.

Second half began with the same ferocity as the first, with both teams playing physically in an attempt to gain control of the match.

On the 55th minute, a floated ball over the top by Caleb Counselman found the run of Renan Diniz in stride, but his effort was well saved by the on-rushing keeper.

The next best chance also fell to the Sounders, after some great work by Guilherme Avila-Terra in the midfield to keep possession, he dribbled through the Jesters midfield before flicking the ball through to James Redmond who drove towards goal, but his low shot was very well saved by the keeper and went out for a throw-in.

Almost immediately after, New Orleans Jesters had a break on the counter through Mason Walsh who charged down on goal, but a great last man tackle by Guilherme Avila-Terra stopped the attack in its tracks. 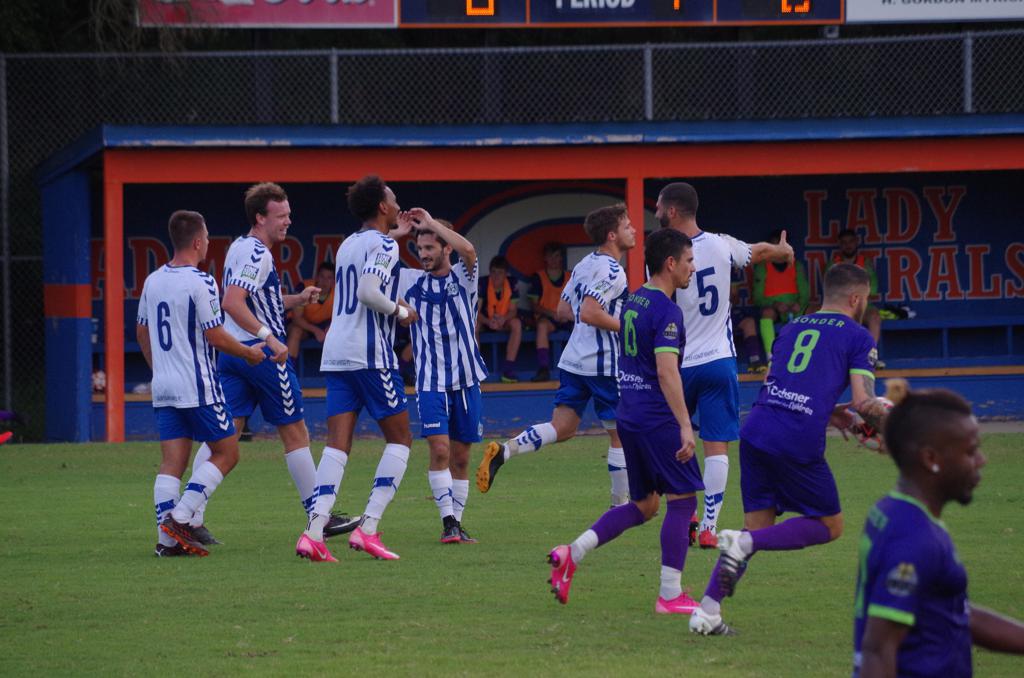 On the 71st minute, James Redmond again bore down on goal through a delectable touch. He attempted to round the keeper, but the Jesters shot stopper did well and gathered the ball.

For the next 10 minutes, the game turned into a cagey midfield battle, with few clear chances for either side. That was until the 82nd minute, when a freekick floated into the far post was met by second half sub, Guilherme Bittencourt who headed the ball back to the opposite side of goal to be met by Renan Diniz, who put it into the back of the net. However, the Sounders joy was short lived as the goal was pulled back for a foul by Bittencourt when winning the header. 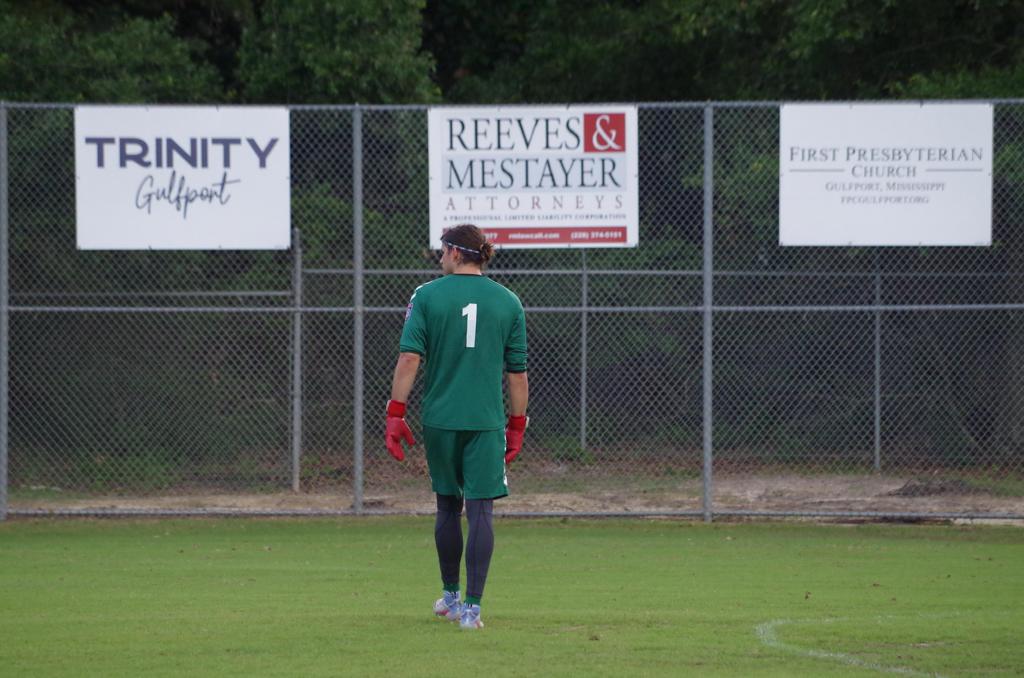 As the game began to stretch, chances started to appear for both teams, with the breakthrough coming on the 85th minute in favor of the home side, as some center forward play by Guilherme Bittencourt put Cooper Grafe through on goal who rode a challenge before squaring it to Renan Diniz, who simply dinked the ball over the keeper to give the Sounders the lead.

Port City thought they were taking 3 well-earned points out of the game, but with pretty much the last kick of the game, in the 96th minute, Jesters got their goal after some neat footwork by Amin Hazzar in the box created some space before unleashing a low driven shot past the helpless Owen Betz.

The Sounders next home game is Tuesday, 29th June at 7pm against Southern States Soccer Club.